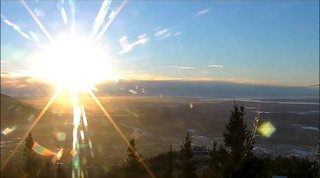 In Alaska, the people own the natural resources. Unlike other states, Article 8 of our Constitution requires that those resources, including oil and gas, be used wisely for “the maximum benefit of its people”.  Royalties from non-renewable oil and gas sales are collected and part of the earnings redistributed to Alaskans in the form of a Permanent Fund Dividend (PFD) according to a specific formula.

In Alaska, the cost of living is quite high.  Many middle and low income earners rely on the annual PFD to cover annual expenses not otherwise covered by other income sources.

In fact the PFD lifts many Alaskans out of poverty.  In 2015, an Institute for Social and Economic Research (ISER) study found that PFD’s helped 25,000 Alaskans avoid poverty.  That’s 1 out of every 33 Alaskans. Child poverty rates have grown a staggering 50% since 1990.  The PFD makes life tangibly better for children, rural families,  seniors, the disabled and many others.

[Check out Senator Bill Wielechowski’s excellent talk on the history of the PFD here.]

Last year, “restore our PFD” became the battle cry for Governor Dunleavy’s election campaign.  Now his foolhardy and dangerous veto cuts have sparked a justifiable backlash.  In some circles, that backlash is wrongfully aimed at the PFD.

Neither Dunleavy or GOP members of the legislature want to talk about it, but Big Oil should be the real target.   Contrary to the usual story, they’ve been stealing from Alaskans, corrupting our politics and dumping the true cost of doing business on us for more than 40 years.  And it’s about to get worse.

To start with, the oil and gas industry is taking more and giving less now than at any time in Alaska’s history.  This year alone, industry is writing off $1.2 billion in per barrel oil production tax credits, from it’s payments due to the state.

Climate warming is driven by greenhouse gases emitted mostly from burning fossil-fuels. This week Alaska shattered every temperature record on the books.  More than 150 wildfires are burning and there’s no immediate relief in sight.  These extreme temperatures are accelerating sea ice melt, permafrost thaw and ocean acidification; three dangerous tipping points, that if crossed, could result in run-away climate disruption that, no matter how fast we cut greenhouse emissions, may not be stoppable.

The point to be made here is this:  Alaskans need to come together to build a statewide bipartisan movement to end fossil fuel subsidies and protect the Permanent Fund Dividend.  While the greed expressed by Dunleavy and his defenders is truly reprehensible, let’s not vilify low-mid income families who rely on the PFD to make ends meet and rise out of poverty.